Nathan and Zoe were stuck in a loveless relationship. They had been married for 12 years. At first, they were best friends, sharing lots of experiences and travel and enjoying each other’s company. They shared an exciting and fulfilling sex life. But this had all but disappeared. They now felt they were drifting apart and becoming more like flatmates than husband and wife. They were also struggling to cooperate when it came to the care of their kids, four active boys under ten.

Nathan was depressed because the lack of sex felt like rejection. But the more he tried to initiate intimacy, the more Zoe pulled away, feeling he only wanted her for sex. Frequent arguments were followed by days of coldness between them. To avoid the conflict at home, Nathan was spending more time at work. Because this made Zoe feel abandoned and lonely, she had developed a close relationship with another man. Nathan wasn’t at all comfortable with this, even though Zoe assured him that it wasn’t a sexual relationship.

During our work together, it soon became clear that Nathan and Zoe were not happy with their loveless relationship. They were putting all their time and energy into providing for and raising the boys and had forgotten about each other. Unfortunately they thought they could put their relationship on the back burner until the kids were older. While early on in the marriage communication had come freely and easily, it was now much more difficult.

The couple gradually came to see how they were neglecting their relationship.  They realised if they didn’t start prioritising it, they would end up divorced as the pain they were each experiencing was becoming unbearable. Neither of them wanted the relationship to end.

After a few sessions, Nathan said I was like their ‘coach’. I would set them tasks each week which we’d debrief together at the following session. Over time, the couple began to feel less defensive with each other. And even though it didn’t feel like it at times, they discovered they actually were on the same page.

Outcomes for Nathan and Zoe

As Nathan and Zoe began to prioritise their relationship, it began to blossom again. Their passion for each other returned and sex was no longer awkward or a chore (their first week’s homework was to get a lock for their bedroom door!). Each session, they report how comfortable and at ease with each other they are. Investing in their relationship has now become a priority. They realise how important it is to make plans to spend quality time together. Laughter is again in the house, and the boys seem more relaxed too.

Nathan and Zoe are surprised that even though the changes they made seemed small, they are no longer in a loveless relationship!

If you would like some support to improve your relationship, make an appointment with Honni Hayton Counselling here.  On line sessions available. 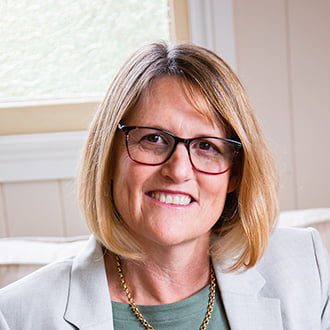 A qualified, practicing counsellor, Honni Hayton has been helping people live their best life for over 20 years. She specialises in providing women’s counselling services, both in person and online. She also provides relationship counselling to help couples find happiness again.

This group is an encouraging uplifting group helping women on their journey of Self Care!